" This is Spain" - Joaquim Carner

CARNER is a fragrance house with an imense respect for it's history and heritage. It is not "just" about creating a fragrance but to evoke memories and feelings and sharing experiences. The perfumes are manufactured in Barcelona and created by Spains best noses. The house supports local craftsmanship and the beautiful bottle lids are made from wood from the region.

And so to this, their latest collection- Oriental. If you are expecting traditional, heavy oriental fragrances- Think again! This is a soft, lighter version of Oriental fragrances more comforting than heavy. Something even a cautious Scandi would dare to wear, even in summer.

The inspiration comes from the rich history and cultural heritage of Spain. From the Romans, via the Moors and the Catholic church.

For the sake of good order let's start with MEGALIUM

Megalium, was a sweet smelling mixture made with cinamon and myrrh and used to heal wounds and elevate inflammation. The history of Megalium streches from the Egyptians, via the Greeks to end up in Spain with a little help from the Romans.

The Romans seized the opportunity and renamed the region Hispania. Thanks to the regions goldmines, Hispania came to be one of the richest parts of the Roman empire and several of the Roman Emperors were born here. Ok, just a little parenthesis...

So, the fragrance is inspired by a time when rose water flowed from fountains and sented balms perfumed the lavish existence of the Romans, from bath rituals to chambers and boudoirs.

Soft but spicy notes of Cinamon and Calamus blends with a beautiful heart of Pimiento berries and Bulgarian rose, deepening to a dramatic base of Myrrh and Incense. 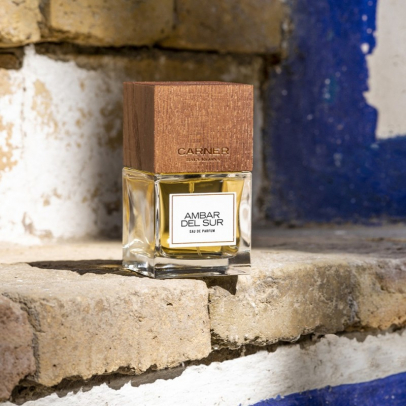 An aromatic tribute to the historic al-Andalus, the Arabic name given to the regions of the Iberian peninsula, controlled by the Muslims

Ambar del Sur is inspired by a time when the hair was scented with delicious musks and the smell of Amber floated in the air over enchanted patios filled with flowers and romance.

A sensual and complex fragrance where vanilla, tonka and amber creates a hedonistic mixture that lingers on the skin like a long embrace.

Right, in the year 711 the Christian Spain was invaded by a muslim army from North Africa (they came to be called the moors). The Moorish period lasted right up until 1492 and left significant traces throughout the Iberian peninsula, but mostly so in Spain. We are talking about everything -from science, architecture, language, art and culture!

Botafumeiro has a resonance from biblical times when the pilgims travelled on foot along the pastoral Camino de Santiago on their way to St. James' grave under the historical stones of the Santiago de Compostela cathedral. 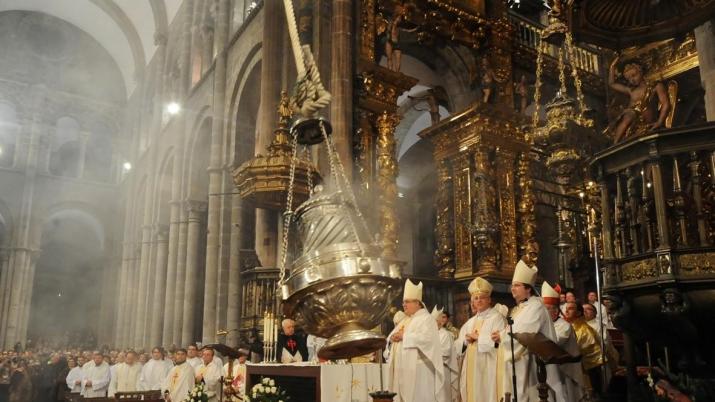 Swinging from great heights in the church room, the gigantic thurible, Botafumeiro, spreads streams of fragrant smoke filling the air with a heavenly aroma.

Since the Middle Ages, a ritual to cleanse the air when the cathedral was visited by masses of pilgrims arriving tired ( and presumably unwashed...) after long travels. It was believed that the ritual could stop the spreding of the plague

Warm, sweet and soft with a hit of spices- Notes of berries, nutmeg, incense and sandalwood merge to create a truly heavenly fragrance.